As expected by most of travel agencies, the turnout of NATAS Travel Fair continues to be attracting disappointed foot traffic. With almost the same traffic as last February, travel agencies are seeing significant drop in sales revenue despite all the jawdropping promotions and deals. 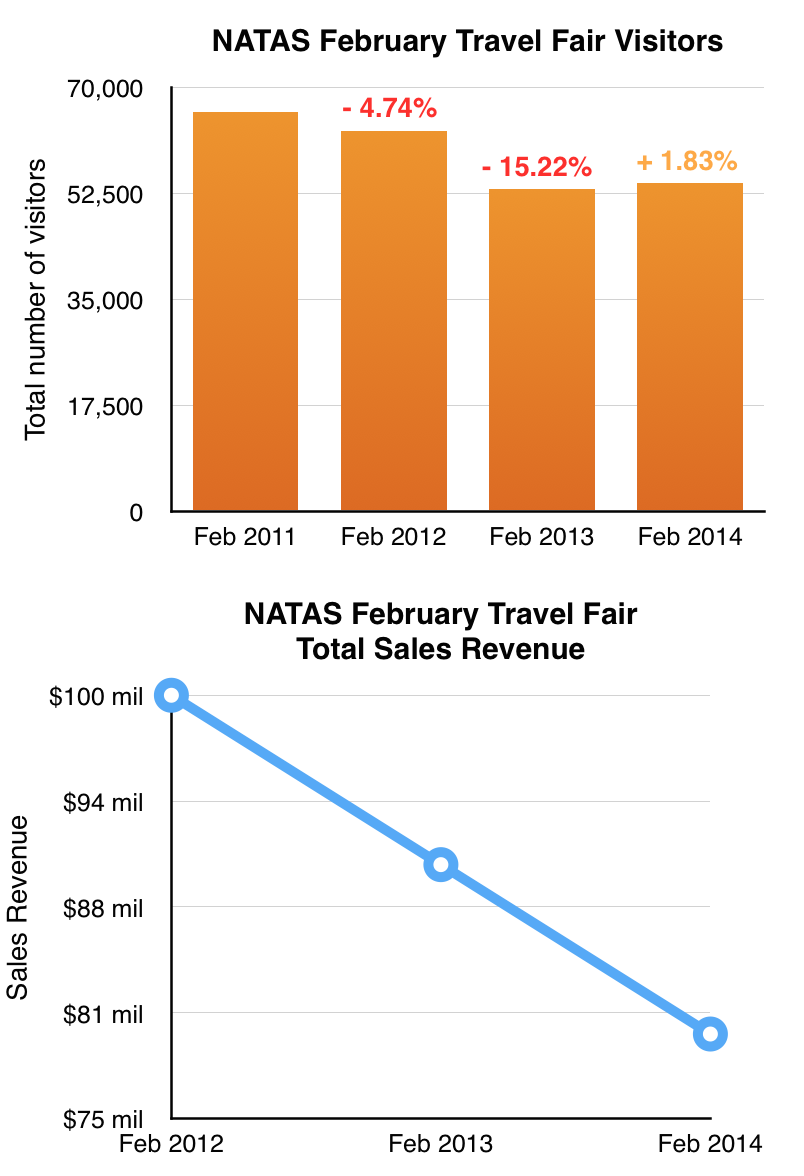 NATAS Travel Fair in February 2014 invited total of 54,275 visitors over the three-day fair. Estimated overall sales volume to be approximately S$80 million, lower than the estimated $85-90 million in February 2013.

One of the explanations for the drop of traffic would contribute to people starting to research online and approach directly with travel agencies. Another explanation according to Patricia Auyeong, acting CEO of NATAS, would be “… due to the many pre-NATAS fairs held throughout the month of February, which helped to alleviate some of the local pent-up demand for travel.”

During the NATAS Travel Fair, there are these 5 long haul destinations which top the list of niche places that travellers going to – Turkey, South Africa, Russia, Eastern Europe and Scandinavia.

If you happen to miss the travel fair, take a look at the travel packages that travel agencies still offering.

Mail to us at [email protected] if you want to post any of the relevant packages above!

Walkabout is this awesome event where dozens of startups open their doors to visitors.

This year’s Walkabout is on Friday, May 17th, and Flocations is of course one of the participant. Not that we close our doors the rest of the time (we always welcome travellers to come and share their travel experiences or needs with us).

We will do it right with a selection of international beers, a secret monk-made spirit, singapore-made popsicles, and even perfect 64C sous-vide eggs. That’s what we get with our no-2-same-nationalities team!

We will also tell visitors about our current job and internships openings. Because getting a job is always better with a beer in hands.

See you Friday, May 17th, from 12pm to 5pm, at our office: 61B Duxton Road, above the massage parlor. (After 5pm, it will be all about the after-parties.